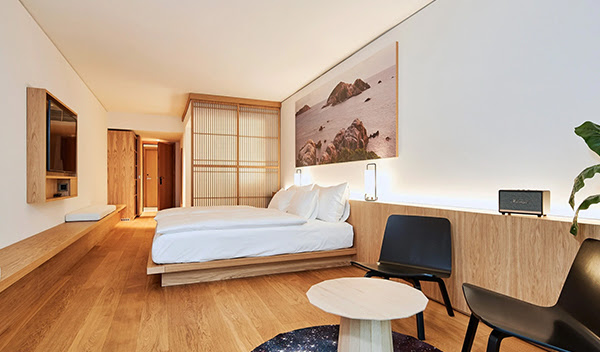 The hotel re-envisioned as a multifaceted space is no new concept. Where Art House Basel is ahead of the game lies in its conception, which was crafted in partnership with the nearby Colab Gallery. Carefully curated and expertly marrying artwork with modern architecture, the 33-room hotel places art at the fore with an authentic and credible joint effort with Colab that is most visible in the borrowed works from gallery, which line the hotel’s walls alongside saleable prints. This synergy between Basel’s burgeoning urban art scene and the cozy hotel atmosphere amounts to a surprising urban elegance, further compounded by Art House Basel’s contemporary architectural blueprint that places a modern build in the center of the city’s Old Town. Local art tours and collaborations take place in conjunction with bi-annual rotating exhibitions that have a heavy focus on emerging street artists, and together complete the hotel’s art program and cement its newly forged position as a legitimate art force in the city.

Framed by the traditional buildings that define the Old Town’s car-free Steinenvorstadt thoroughfare, Art House Basel cuts a striking figure amongst its neighbors. Designed by local architects Diener & Diener, the six-story building presents a staggered structure to the rear and also features a passage that connects two streets, as well as a statement staircase that unites all six floors. The outcome is a building that is a sum of many parts; all cohesive but each in possession of a unique character and worthy replacements for the three nondescript properties that previously occupied this plot. Interiors come courtesy of Andrea Caputo and Salomé Fäh, who have outfitted all spaces in a clean mix of high-quality natural materials. Marble and granite line the walls in public spaces, while floors are covered in terrazzo, and oak, Lasa marble and Japanese paper define the guestrooms, which offer light nods to Art Deco, and Japanese aesthetics inspired by Fäh’s travels. It all features alongside furniture by Vitra, Abacus, Artek, Santa & Cole, KNS, Living Divani and Dirk van der Kooij, which guests encounter in and around a standout lobby characterized by massive oak framed windows that open onto the lively Steinenvorstadt.

Ranging between 17 and 42 square meters, the six room and suite categories all fuse a hip mix of urban art, contemporary design and modern luxury. Each featuring bespoke furniture custom designed by Andrea Caputo Milano alongside beds by Hastens, the guestrooms are united by a classical modernism and a neutral elegance that serve as a blank canvas for photography by Luca Gabino, which is displayed throughout. Wood and white Lasa marble feature heavily and provide ample material for Fäh’s understated Japanese notes, such as the oak wood shoji-esque sliding doors that divide sleeping areas and bathrooms. Rooms situated at the rear of the property, facing Steinenbachgasslein, feature terraces which are staggered to create a step-like structure and simultaneously provide space and privacy. Alternatively, for guestrooms and suites located by the front facing Steinenvorstadt, colossal windows encompass the entire width of each space, flooding the rooms with natural light and offering an unmatched vantage point for the bustle below.

Completing Art House Basel’s standing as an all-embracing hub is the inclusion of two social outlets: the multi-cuisine, ground floor level restaurant Souvenir and the rooftop-bar Mirador. Equally characterized by a dedication to high quality, locality and spontaneity, both spaces are an extension of the hotel’s overarching philosophies of creative expression and urban exploration. At Souvenir, a menu of sharing plates places internationally-flavored dishes alongside local (and national) favorites, such as bread dumplings, Swiss Alpine salmon and schnitzel, all buttressed by healthy side plates and created using local and seasonal ingredients. The restaurant also introduces the novel possibility for guests to bring their own recipes—be it a holiday memory or a family dish—with the chance to see it appear on the regularly changing menu. This community spirit has a different interpretation at the top floor Mirador bar, a club where hotel guests are granted automatic access. Quiet in atmosphere and focused on serving high quality spirits, creative cocktails and fine wines, the exclusive watering hole presents visitors with a unique opportunity to mingle with true locals for an authentic Basel experience in a space where the drinks are just as curated as the art.

Situated in Basel’s Old Town and next to the Birsig—a now covered river—Art House Basel’s central location on the pedestrianized Steinenvorstadt places guests in optimal proximity to the city’s charms. Neighbored by a number of bars and eateries on the bustling street, the hotel is equally well located for exploring Basel’s many cultural outlets, such as The Kunstmuseum, Town Hall, Natural History Museum, and Museum of Cultures, all of which are a short walk from the property. 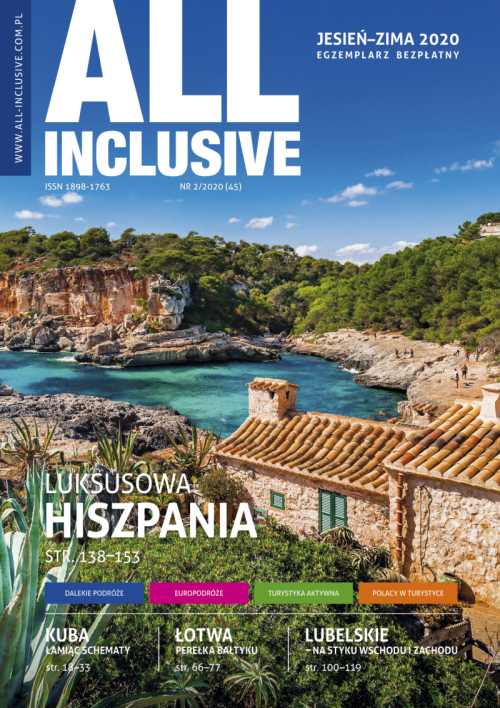