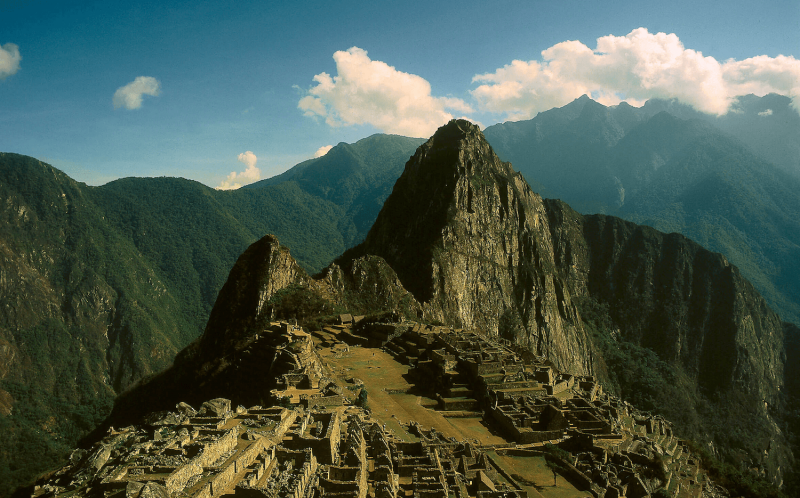 Declared Patrimony of the Humanity by UNESCO in 1983 and one of the New Seven Wonders of the Modern World in 2007, the Historic Sanctuary of Machu Picchu is an archaeological prodigy. It is not only an archaeological wonder but also a natural habitat for species such as the only bear species native to South America, the spectacled bear (Tremarctos ornatus), as well as endemic birds and orchids.

However, it is one of the most fragile and threatened ecosystems. The loss of cloud forests is a serious threat due to diverse factors, including population growth and unregulated land use for livestock, logging, and migratory agriculture, which derives into habitat alteration and other negative effects.

United Nations warned in September 2019 that the world goes through a period of climate emergency, from which Machu Picchu is no exception. This situation, more visible than ever, is not a natural phenomenon but the outcome of relatively few decades of excessive carbon emissions (Co2) and other greenhouse gases, which nowadays accumulate in the atmosphere and alter climate regulation on our planet.

According to the World Tourism Organization, 8% of the total Co2 emissions worldwide belong to tourism activity. In Peru, approximately 5% of emissions are tourism-related. We need the tourism industry’s commitment toward the United Nations Sustainable Development Goals – moreover, Goal 13 (Climate Action), which promotes Co2 mitigation through reduction and compensation.

Last October 14th, the strategic alliance integrated by Inkaterra, the Machu Picchu Town Hall, AJE Group, and the Natural Area and National Park Service (SERNANP), voiced its commitment to turn Machu Picchu into the first Carbon Neutral Wonder of the World and the first international travel destination to achieve a carbon neutrality certification.

Throughout the following four months, the Green Initiative enterprise will monitor all necessary requirements to certify Machu Picchu as carbon neutral. This commitment aims to reduce carbon emissions by 45% towards the years 2030, and achieve zero emissions (carbon neutrality) by 2050, according to the Paris Agreement.

This alliance surfaced due to a waste management crisis in Machu Picchu, for which in 2016 UNESCO warned the inclusion of the Inca citadel in its Patrimony at Risk list.

First, a plastic compacting machine was donated to process seven tons of plastic waste on a daily basis. The partnership followed this successful measure with the donation of a bio-Diesel and eco-friendly glycerin production plant, established at Inkaterra Machu Picchu Pueblo Hotel to avoid oil spills at the Vilcanota River.

The most recent project is an innovative technology to process eight tons of organic waste through pyrolysis (chemical decomposition at high temperatures in absence of oxygen, with no carbon emission). This process generates bio-char, a natural fertilizer that will contribute to cloud forest restoration through one million quinine trees, iconic species to Peru with medicinal properties. Quinine trees with their medicinal properties are considered an iconic species in Peru.

It is a privilege for Peruvians to have this cultural and natural patrimony, and it is a great responsibility to conserve it for future generations. This alliance committed to Machu Picchu’s carbon neutrality is an example of innovations for many reasons. For Peru, it is a successful case study on how goals can be achieved when the public and private sectors work together. With the support of the local community, Machu Picchu is becoming the first destination of Latin America to accomplish a circular economy through policies for sustainable waste management.

Having Machu Picchu as the first carbon-neutral Wonder of the World is a powerful icon against global warming and a model to champion sustainability.