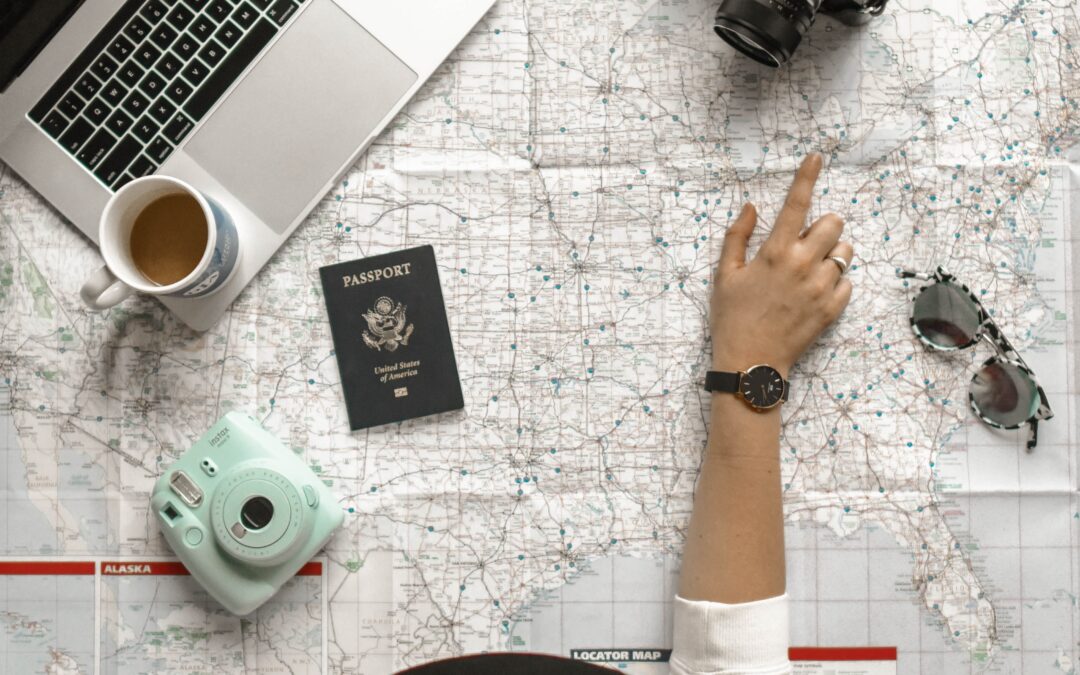 Coronavirus-related travel restrictions are beginning to lift in some countries after more than six months of panic and uncertainty. The resumption of international cross-border travel may appear to be a signal that things are slowly returning to normal, but as the latest research from the Henley Passport Index ­­— based on exclusive data from the International Air Transport Association (IATA) ­­— shows, the pandemic has completely upended the seemingly unshakeable hierarchy of global mobility that has dominated the last few decades, with more change still to come.

At the beginning of the year, for instance, the US passport was ranked in 6th position on the Henley Passport Index — the original ranking of all the world’s passports according to the number of destinations their holders can access without a prior visa ­— and Americans could travel hassle-free to 185 destinations around the world. Since then, that number has dropped dramatically by over 100, with US passport holders currently able to access fewer than 75 destinations, with the most popular tourist and business centers notably excluded. As criticism of the country’s pandemic response continues to mount, and with the US presidential election just weeks away, the precipitous decline of US passport power and American travel freedom is seen as a clear indication of its altered status in the eyes of the international community.

Other significant changes in the once-solid global mobility hierarchy paint an equally vivid picture of the chaos caused by the Covid-19 pandemic. At the beginning of 2020, the Singapore passport was ranked 2nd globally, with passport holders able to access an unprecedented 190 destinations globally. However, under the current travel restrictions, Singaporeans can travel to fewer than 80 destinations around the world.

Unsurprisingly, those countries whose coronavirus responses have been criticized for being inadequate have taken the greatest knock when it comes to the travel freedom of their citizens. Brazilian passport holders were able to access 170 destinations without acquiring a visa in advance in January. Currently, approximately only 70 destinations are accessible. The decline in mobility and passport power for countries such as India and Russia have been less dramatic, but nevertheless indicative of an overall shift. Russian citizens had access to 119 destinations prior to the Covid-19 outbreak but can currently travel to fewer than 50. At the beginning of the year, Indian passport holders could travel to 61 destinations without a visa but due to virus-related restrictions, they currently have access to fewer than 30.

Without taking the various pandemic-related travel bans and restrictions into account, Japan continues to hold the number one spot on the Henley Passport Index, with a visa-free/visa-on-arrival score of 191. Singapore remains in 2nd place, with a score of 190, while Germany and South Korea are tied 3rd, each with a score of 189. EU member states continue to perform best overall, with countries from the bloc taking up most of the spots in the index’s top 10.

Commenting on the pandemic’s impact on global mobility, Dr. Christian H. Kaelin, Chairman of Henley & Partners and the inventor of the passport index concept, says recent developments represent an era-defining shift. “For citizens of wealthy and democratic countries such as Canada, the UK, the US, and Western European nations, travel freedom is something that has been taken for granted for decades. The pandemic has abruptly changed this, and with the significant loss of access and privilege has come a re-evaluation. As countries around the world battle to manage a new category of risk, there’s been a shift away from travel freedom being regarded as the prerogative of nationals with once-powerful passports, towards a realization that it is now a necessary luxury for those wishing to access first-class education, business opportunities, and quality healthcare for themselves and their families.”

While Covid-19 has shifted attention away from issues such as Brexit and the US’s controversial migration policies, experts point out that their probable impact has not lessened. Robert McNeil, Deputy Director of the Migration Observatory at the University of Oxford, says that even though the pandemic has exploded the concept of ‘business as usual’, a dramatic Brexit finale still looms on the horizon. “Whatever the final form of the UK’s departure from the EU, it is likely to affect migration. After the 2016 referendum, the depreciation of the pound reduced the UK’s attractiveness to EU workers ¾ something that may recur if Brexit rattles financial markets further. Meanwhile, increased restrictions on EU migrants’ access to the UK labor market are set to be implemented as new rules under the 2020 immigration bill. It seems inevitable these will lead to a fall in EU migration to the UK.”

Dr. Parag Khanna, founder and managing partner of FutureMap, says that increasingly restrictive migration policies have encouraged many people to seek out a Plan B, in the form of a second residence or even a change of nationality. “Even prior to the pandemic, Brexit had pushed British professionals to seek German, French, Spanish, and other EU nationalities based on lineage, or to pursue residency leading to citizenship in countries such as Portugal. Americans have availed themselves of similar options in countries ranging from Canada to Malta. Recent estimates suggest that interest in investment migration programs has jumped five-fold from 2019 through mid-2020.”

Greg Lindsay, Director of Applied Research at NewCities, points to the rise of so-called “digital nomads” as another sign of adaptation to crisis and uncertainty, particularly regarding the results of the upcoming US election. “After the pandemic hit, overnight the world’s knowledge workers became temporary professional nomads, and the disparity between national responses threw into stark relief the comparative advantages of alternative citizenship — especially for Americans suddenly locked out of much of the world.”

Embracing new safeguards in an age of uncertainty

Dr. Juerg Steffen, CEO of Henley & Partners, says there is no question that the volatility of 2020 has boosted the appeal of investment migration for an increasingly wide range of people, from an increasingly wide array of countries. “Fascinatingly, we have seen unprecedented interest in residence- and citizenship-by-investment programs from citizens of developed economies, particularly the US. In fact, there was a startling 238% increase in enquiries from Americans between January and mid-September 2020 compared to the same period in 2019. The events of this year have demonstrated that we cannot predict the future, but for those high-net-worth investors who want to ensure they are well prepared for the next major disruption, alternative residence or citizenship is increasingly seen as an indispensable asset and a vital hedge against ongoing volatility.”