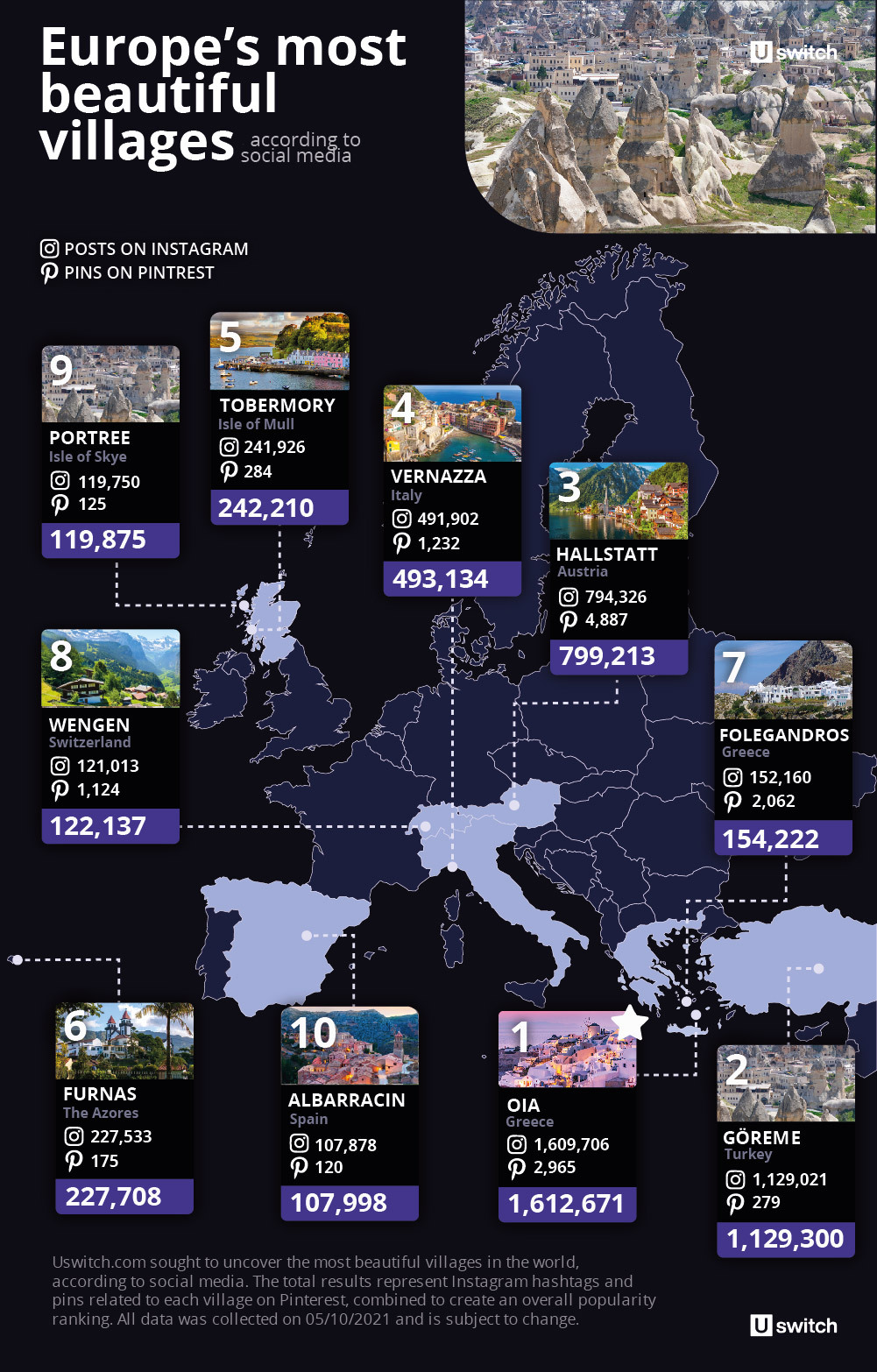 Social media is a great spur-on for many travellers, with online platforms allowing those lucky enough to go interrailing across Europe to visit these beautiful locations to share their picture-perfect shots and incite travel envy in many.

Inspired, Uswitch.com wanted to uncover Europe’s most popular villages on social media, according to the number of times they have been featured on Instagram and Pinterest. By analysing 40 different locations in the world, Uswitch.com were able to rank the top 10 most popular beautiful villages in Europe.

The top 10 most beautiful villages in Europe

Uswitch.com can reveal that the most beautiful village in Europe (and the world!) is Oia, Greece. Located in Santorini, the village is widely known for its picturesque, bright white buildings and brilliant blue sea. A hugely popular tourist destination, combining Instagram posts and Pinterest pins result in 1,612,671 appearances on social media – over 90% more than another Greek village, Folegandros, which comes in 8th place (154,222)!

Ranking second is Göreme, Turkey. With 1,129,300 total appearances on the social media platforms analysed, Göreme is home to many rock-chiselled churches and is famous for regular hot air balloon rides.

With a combined total of 799,213 posts, in third place is Hallstatt, Austria. This lakeside village is considered a fairy-tale by some, with UNESCO declaring it a World Heritage Site in Austria back in 1997. Interestingly, Hallstatt has the highest volume of pins out of the top three places (4,887).

Rounding off the top 10, in eighth place, is Wengen, Switzerland. Located in the Swiss Alps, Wengen is popular for its timber chalets and 19th Century French architecture. The village has a total 122,137 posts on the social media platforms analysed!

Ranking ninth is Portree, on the Isle of Skye (Scotland), featured 119,875 times on Instagram and Pinterest – managing only half of the posts achieved by Tobermory, another Scottish village which comes in 5th place (242,210 combined posts). Surrounded by hills, the village of Portree is the capital of the island and located on the eastern side.

Finally, Uswitch.com can reveal that, in 10th place, is Albarracin, Spain. With a fortress-like enclosure, Albarracin has a total number of 107,998 combined posts on Pinterest and Instagram, giving it 93% less appearances compared to first place Oia (Greece).

Uswitch.com further compared villages across the world. Here are the top five:

For the full worldwide rankings, and the top villages in Asia please see the Uswitch.com blog post: https://www.uswitch.com/mortgages/guides/worlds-most-beautiful-villages/. 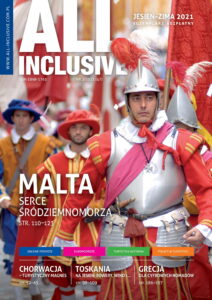 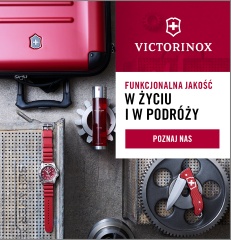